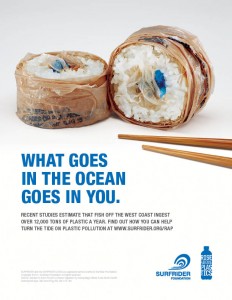 Del Mar, CA - On Tuesday night, the Del Mar City Council voted 5-0 to pass a single-use plastic bag ordinance. Del Mar joins 148 other jurisdictions in California, including Solana Beach and Encinitas, that have already enacted plastic bag ordinances to address the plastic pollution that is plaguing our oceans and beaches.

City staff and the Del Mar Sustainability Advisory Board presented a factual and compelling case in support of the Del Mar plastic bag ban. Their presentation evidenced how plastic pollution kills wildlife, degrades our environment, poses a potential human health risk and comes with substantial economic costs. They also cited the effectiveness of other bag bans in eliminating the unnecessary and environmentally damaging waste. 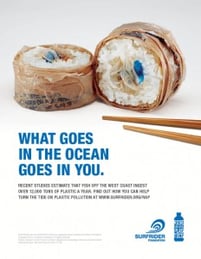 Surfrider Foundation volunteers and James Wang, Vice-Chair of the Encinitas Environmental Commission, worked closely with the Sustainability Advisory Board in drafting the ordinance, and gave public comment in support of the ordinance. "One of the biggest concerns that not enough people are talking about is the impact that plastic pollution has on human health," relayed Emelia DeForce, PhD, Research Scientist and Surfrider volunteer. Dr. DeForce, who has studied the impacts of plastics in our marine environment for more than seven years, cited several studies demonstrating how plastics, that potentially release toxins as they break down, are being mistaken for food by fish, and ultimately making their way into the food we eat."

The Del Mar City Council prudently decided not to rely on the upcoming November referendum for California's plastic bag ban, or SB270. They recognized the importance of proceeding with local efforts regardless of what's happening on the statewide scale. Additionally, they joined Solana Beach and Encinitas in passing a much stronger ordinance than SB270.

Surfrider is currently working with two other cities, the City of San Diego and Oceanside, on a plastic bag reduction ordinance. Both cities are expected to vote on a plastic bag ban sometime this spring. Mike Torti, Surfrider's Rise Above Plastics Policy Coordinator states, "We are currently engaged with these cities to help pass a local plastic bag ban ordinance. We have received a tremendous amount of support from city leaders. City officials in these communities recognize the positive environmental impact of a plastic bag ban."

A plastic bag reduction ordinance is a beneficial and rational public policy. It's an easy place to start with a plastic source reduction, with an easy alternative in reusable bags. The City of Del Mar has taken a stand against one of the biggest threats to our beaches and ocean today, plastic pollution. The facts are clear: plastic bag bans work to protect our oceans and beaches, marine wildlife, reduce litter and save taxpayers money.

SURFRIDER FOUNDATION SAN DIEGO COUNTY CHAPTER: The Surfrider Foundation is a grassroots nonprofit environmental organization dedicated to the protection and enjoyment of our oceans, waves and beaches through a powerful activist network. 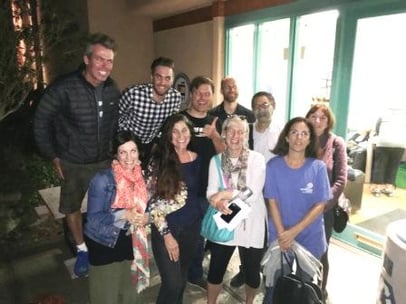