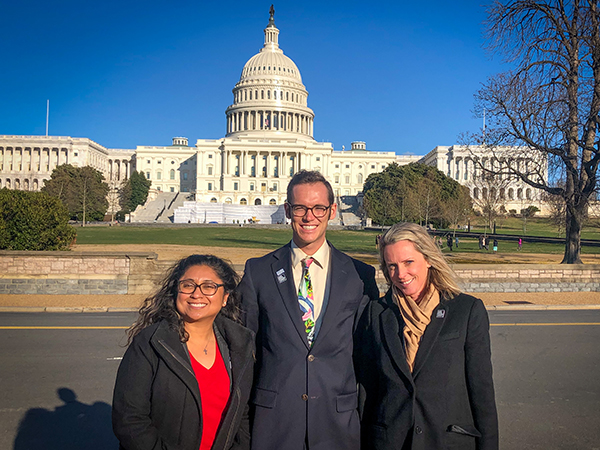 Surfrider Foundation San Diego County Chapter was honored to participate in the annual Coastal Recreation Hill Day in Washington, DC this past February.

The San Diego County Chapter representatives teamed up with South Orange County Chapter Chair, Rick Erkeneff and Chapter Manager, Denise Erkeneff, to discuss the above-mentioned priorities and issues common to both areas.  The group met with the following congressional offices:

In addition to the federal priorities, we also advocated for the allocation of $300 million from the USMCA to be used specifically for the Tijuana River Valley (TRV); for the creation of public-private partnership projects that would benefit the border area beach region; and we invited all staffers to a guided tour of the TRV.

We would like to thank all the Congressional Members, their staff and everyone involved in this day for engaging and listening to our issues and requests.  We look forward to following up and working with you in the near future.