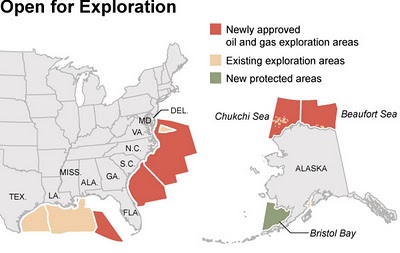 A Dark Day for Our Coasts

More details on the Minerals Management Service offshore oil drilling plans can be found on the MMS website.