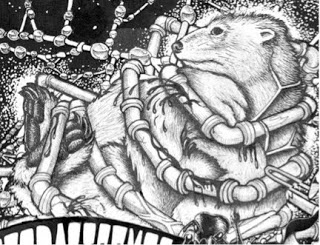 A Terrible Place to Drill for Oil

The following is from an article by Greg Haegele, Deputy Executive Director, Sierra Club and Athan Manuel, Director of the Sierra Club Public Lands Protection Program.

The Chukchi Sea is a terrible place to drill for oil, both because of its ecological importance and because it would be incredibly difficult to remove and transport any oil found in the region. Remote and pristine, the Chukchi Sea provides important habitat for threatened polar bears and endangered whales. The area Shell has leased is 80 miles off shore, in waters frozen solid most of the year and only open when the ice breaks up from July to mid-October. Worse, the Chukchi's churning sea ice would make it impossible to clean up an oil spill.
Shell's pursuit of oil in the Chukchi Sea simply doesn't make sense. Right now, the rest of the world is working together to end our dependence on fossil fuels and move into the clean energy economy. But Shell is continuing to blindly pursue its desperate search for oil - even in a place as unpromising and risky as Alaska's Chukchi Sea.

Drilling in the Chukchi Sea is a foolish move on Shell's part. We shouldn't allow the company to destroy important Arctic habitat in the pursuit of its outdated pipe dream. It's time to stop chasing every drop of oil on the planet and start focusing on clean energy instead.