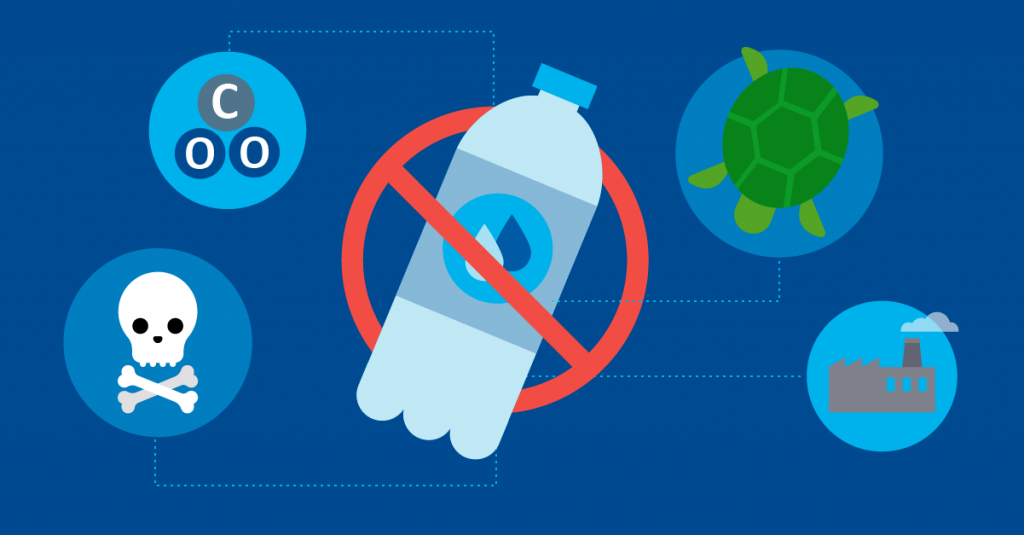 By Laura Newcomer in partnership with Waterlogic and Ghergich & Co. Article has been shared with permission (and slightly abridged). 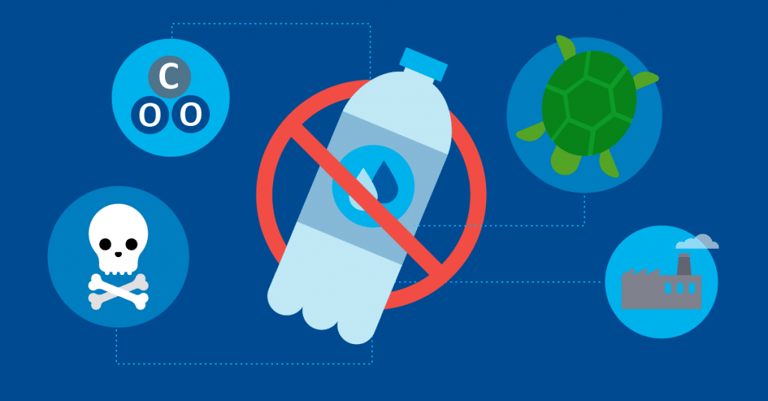 You may not think twice about picking up a plastic water bottle at the airport or a concert venue and then tossing it in the recycling bin whenever you finish hydrating. After all, plastic water bottles are easy to use and accessible—you can find them pretty much anywhere you go.

The good news? There’s a straightforward solution to the plastic water bottle conundrum. We simply need to use less of them. Plastic water bottle bans in cities, states, and entire countries have made major strides, as well as people converting to reusable bottles.

Let’s take a closer look at plastic water bottle use around the world plus why it’s so important to ban the bottle.

Perhaps what makes plastic water bottle waste so devastating is that most of it is unnecessary. While there may be circumstances in which people have no choice but to purchase bottled water (take the water crisis in Flint, MI, for example), in many parts of the world bottled water is about convenience rather than necessity.

That sad fact also contains a silver lining: If more people stop using single-use plastics, it can make a dramatic positive impact on the health of our planet. One single person switching to a reusable water bottle can spare the planet from approximately 156 plastic bottles annually; imagine that number multiplied by hundreds, thousands, or millions of people!

The 411 on Banning Plastic Bottles

Why should we ban plastic bottles?

If you read the stats above, then you can guess why it’s worthwhile to ban plastic bottles. They represent a large portion of plastic waste around the globe, which is strangling ecosystems and rapidly becoming one of the biggest threats to global waterways.

Here are some other compelling reasons to ditch plastic bottles:

What if nothing is done?

If humans don’t take steps to curb plastic waste, plastic will continue to wreak havoc on ecosystems around the globe. Some estimates suggest that by 2050, there may be more plastic than fish in the world’s oceans. That has devastating implications for wildlife and the water resources on which all people and animals rely. The production of bottled water is a major contributor to global warming, so failing to limit this production will exacerbate the global effects of climate change.

What has been done to ban plastic bottles?
A number of universities, towns, and cities around the globe have experimented with banning plastic bottles, and many more initiatives are underway. Here’s a sampling of those bans:

What impact does banning plastic bags have on the environment? What can we learn from this?

Another major source of plastic pollution can be found in the form of plastic bags. People use an estimated 4 trillion plastic bags across the globe each year, and recycle a measly 1 percent of them. In the U.S. alone, Americans throw away 100 billion plastic bags every single year, or about 307 bags per person. In light of these statistics, banning plastic bags may be an effective way to curb plastic pollution worldwide. So far, 127 nations (including Kenya, Denmark, and Bangladesh) have banned or taxed bags. In the U.S., several states have issued bans, and 95 bills pertaining to plastic bag usage were introduced in state legislative sessions across the country in the winter of 2018.

Perhaps the biggest takeaway from plastic bag bans is that it ispossible to reduce the use of single-use plastics and motivate changes in consumer behavior. This suggests bottled water bans are another feasible strategy to limit plastic waste worldwide.

Paper bottles still draw on environmental resources (after all, paper comes from trees), but they are 100-percent recyclable and may be less toxic than plastic bottles. Scientists are also experimenting with plastic alternatives derived from the likes of mushrooms or sugar combined with carbon dioxide.