Beacon's Bluff Collapse: the Time for Action is Now

On May 2, 2022, there was a bluff collapse at Beacon’s Beach in Encinitas, forcing the emergency closure of the beach access trail and parking lot. As the Beacon’s trail is on an active landslide area, the areas that collapsed were directly predicted by the City’s scientific geotechnical reports at least as early as 2003.

Today’s bluff collapse underlines the importance of planning for the future by ensuring safe beach access that is not in an active landslide area. If additional access to Beacon’s beach access had been provided by a staircase, or if the Beacons parking lot had been moved, as Surfrider San Diego advocated in previous years, today’s temporary Beacons closure may have been avoided.

Unfortunately, local opposition in 2018 prevented the parking reconfiguration and stairway construction. It’s been 4 years since, and today it’s even clearer that doing nothing was the wrong thing to do. 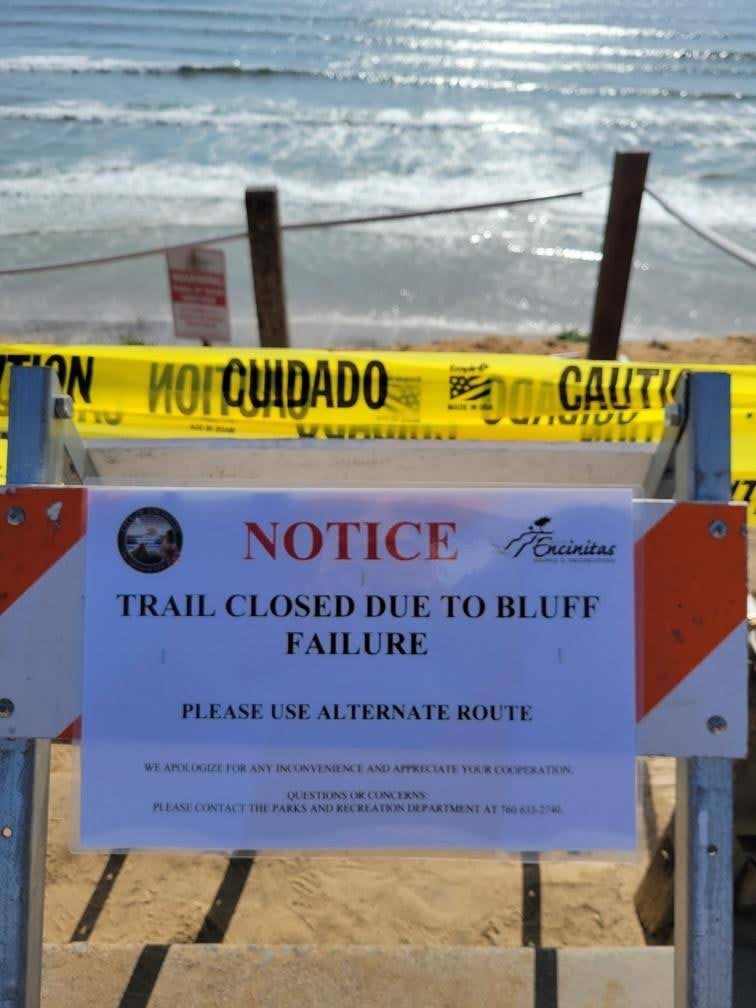