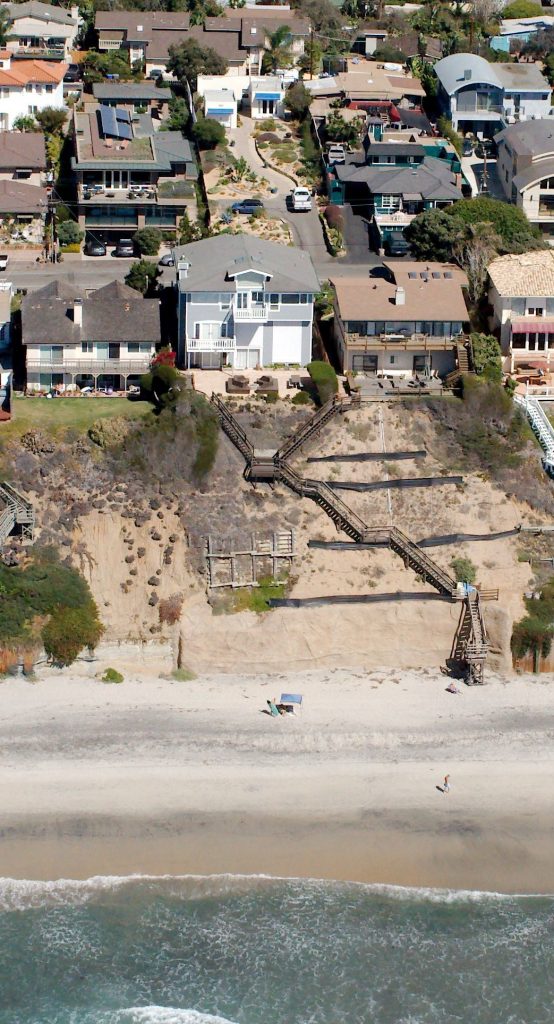 Today, the California Supreme Court upheld permit conditions for a seawall in Encinitas. In this Lynch v. California Coastal Commission case, two private blufftop property owners in Encinitas challenged the permit requirements attached to their new seawall permit.  This 2010 permit application was to replace a wooden seawall structure with a new 100-foot long, tied-back seawall across the two private oceanfront properties of Barbara Lynch and Thomas Frick. The blufftop owners argued that the California Coastal Commission (“CCC”) should not be able to impose restrictive permit conditions, including a 20-year permit authorization period.  The Surfrider Foundation weighed in on the side of the CCC as an amicus (“friend of the court”) party.  The Surfrider amicus brief explained the importance of natural dynamic coastal erosion processes, how seawalls preclude those natural processes and threaten the existence of sandy beaches, and the related CCC obligations to maximize public beach access and coastal recreation under Chapter 3 of the California Coastal Act.

The court today ruled that the Plaintiffs in this case forfeited their objections to their seawall permit by taking actions to construct the seawall and accepting the benefits of that permit.  In sum, the blufftop owners cannot accept the benefits of a seawall permit without also accepting the burdens of the permit.  In this case, the permit conditions included a 20 year authorization period for the seawall permit and a prohibition of the reconstruction of a lower stairway.  The unanimous 7-0 opinion written by Justice Carol Corrigan specifically states: “The crucial point is that they went forward with construction before obtaining a judicial determination on their objections. By accepting the benefits of the permit and building the seawall, plaintiffs effectively forfeited the right to maintain their otherwise timely objections.”

In finding that the blufftop owners waived their right to challenge the seawall permit, the court relied on a long string of similar cases where plaintiffs intentionally relinquished or abandoned a known right to challenge a permit.  (The court notes that while the discussion centers around “waiver”, the more accurate term to describe the effect of plaintiff’s actions is “equitable forfeiture”.)  The California Supreme Court stated “we conclude plaintiffs forfeited their right to challenge the permit’s conditions by complying with all pre-issuance requirements, accepting the permit and building the seawall.” Relying on County of Imperial v. McDougal (1977) 19 Cal.3d 505, they explain that “while the benefits of a permit run with the land, so too do its restrictions.” 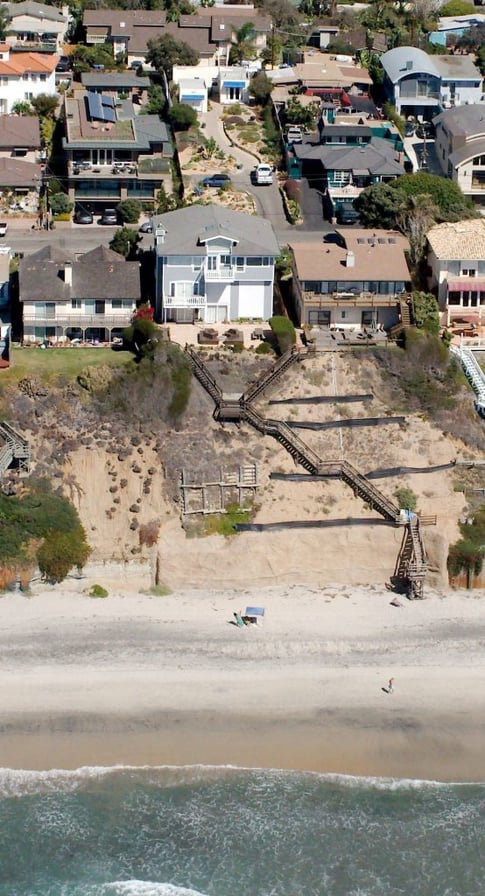 The court declined to create a new exception to the forfeiture rule despite the plaintiffs’ attempt to accept the benefits of a permit under protest.  The court wisely noted that if permitees are allowed to protest their permit conditions after the fact, the blufftop owners would simply accept the conditions they dislike and later challenge the restrictions, changing the dynamics of permit negotiations and fostering litigation. The court aptly quotes Pfeiffer v. City of La Mesa (1977) 69 Cal.App.3d 74, for this scenario: “If every owner who disagrees with the conditions of a permit could unilaterally decide to comply with them under protest, do the work, and file an action…complete chaos would result in the administration of this important aspect of municipal affairs.”  According to the Supreme Court, if a condition is invalidated after the seawall is built, there is no way for the CCC to require alternative mitigation such as directing the seawall be located farther inland "to account for sand loss beyond 20 years" or an alteration in the size or design of the seawall. As a matter of equity plaintiffs must negotiate or challenge the conditions beforehand. After all, “[t]he landowner is in the best position to know how strongly he objects to a particular condition,” states the court.

One thing this ruling did not do is clarify exactly how far the CCC can go to address the profound impacts of climate change and how best to manage a developed coastline in the face of sea level rise.  Here, the 20-year permit expiration period was upheld for this seawall permit in Encinitas. The CCC will be able to assess the actual effects of sea level rise and intensified coastal storms after two decades before making future coastal management decisions.   For all of California, the CCC's challenge to protect public trust coastal resources against rising seas will be an increasingly difficult mission in the future.