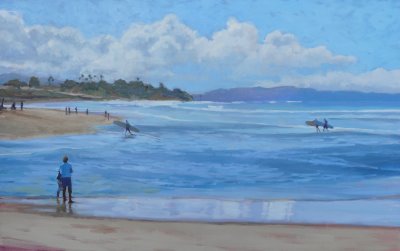 Jeff Yeomans, native Californian, was raised in a family that encourage his passion for art. His artistic career spans several disciplines including murals and graphic design but also a decade in public television as an award-winning director.