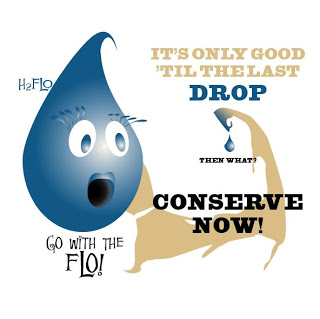 Conservation is our Salvation!

Here's another example of how conserving water not only saves water but can save energy and save the need for desal plants...

A controversial desalination plan could slip onto the back burner if officials determine that demand for water in the county will continue a downward trend.

The board is likely to direct water district staff to analyze water use for this year and determine if the declining use pattern will continue. The findings would be presented in early 2011 and then decisions would be made on water supply projects, including desalination.

"Right now it's a pause to see what is going on, but it's not a re-direction," said board member Jack Gibson. "We want to approach it carefully."

Until five years ago water use had been increasing in the county since the 1992 drought. It then went flat for three years, and the past two years it has dropped, officials said.

Until five years ago water use had been increasing in the county since the 1992 drought. It then went flat for three years, and the past two years it has dropped, officials said.

The water district had planned for a 5 percent reduction in water use due to conservation in the current fiscal year, but use dropped 8.5 percent instead.

The change in use has district officials taking a closer look at a desalination plant. The plant was meant to help Marin get past a record drought, like the one that occurred in 1976 and 1977. But with water usage down - if that trend holds - rationing would not be as dire as previously thought during a drought and a desalination plant might not be needed.

Water officials believe there may be various factors - cooler-than-normal weather and the economic downturn - that may have reduced water usage. But it also may be that people are conserving more water than ever.

"We have seen significantly lower demand for water in the last year and that has changed the calculation we use in determining when we move forward on desalination," said board president David Behar. "Have we conserved our way out of the need for desalination, or is it the weather and economy? It may be there is not a need for a desalination plant."

Check out the Marin Independant Journal for the full story...
http://www.marinij.com/marinnews/ci_14831890