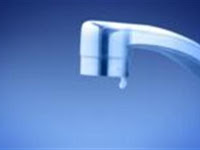 Poseidon Resources was dealt a blow in their quest to build a desalination plant in Carlsbad today.

In contrast, by recycling wastewater to drinking water quality the same 1 acre foot of drinking water can be rendered using only 1.17 acre feet of wastewater, and would only require 2200 kilowatt hours of electricity. I believe the old adage "more bang for your buck" applies here.

But the board voted unanimously Wednesday to withhold final permits at least until April, to allow the agency's staff and Poseidon to work out what Poseidon officials called "minor issues" relating to environmental concerns that already have prompted lawsuits against Poseidon and the state's Lands and Coastal Commissions, which have granted approvals.