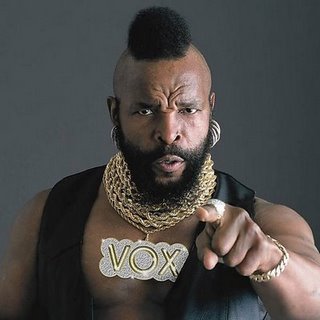 By JOHN WEBER
and MATT WALKER

There is an additional day this April to act like a fool — depending on where you live in the U.S. For us, it is April 6, the day of the public hearing on offshore oil and gas exploration at the Atlantic City Convention Center Additional hearings will be held in Louisiana, Alaska and California.

We suspect entire shiploads of fools will demonstrate their foolishness by supporting offshore drilling, which puts our entire coastal economy and environment at risk.

This Ship of Fools set sail back on Jan. 19, the last day in office for fossil fool No. 1, former President George W. Bush. He instructed his Mineral Management Service to create a new five-year leasing plan for oil and gas exploration which includes the entire East Coast. The new Secretary of the Interior, Ken Salazar, wisely decided to extend the public comment period for six months, and he added the four hearings.

The reasons against offshore drilling are so compelling and so many; it is more like a fleet of fools than just one ship. Here are a few:

The S.S. Drill Baby Drill. Some believe expanding production will somehow lower gas prices, make us more energy independent and show all those OPEC nations we mean business. First, we cannot meet our own domestic needs by increasing production. Government estimates say only 229 days of oil and 562 days of gas lies offshore based on 2030 consumption rates, the year this fuel would be available to consumers.

Second, even if we put more fuel in the market, the big producers can just refine less to keep the price up. This is happening right now, pushing the price of gas up again. Furthermore, these companies are free to ship as much domestic oil as they want to other markets. Shockingly, we export 1.8 million gallons a day right now. Finding it here doesn't mean it stays here.

The S.S Show Me the Money. State budgets are already upside down thanks to lower tax revenues and increased unemployment. Oil drilling will not help this situation. From 1954 to 2004, the federal government received roughly $156 billion in oil revenues from the outer continental shelf, about $3 billion a year. Coastal states like Louisiana, Texas and California got $40 million, $29 million and $15 million of that in 2004 respectively.

How much revenue does a clean beach generate? Coastal tourism comprises more than half of New Jersey's $27.7 billion tourism industry and supports nearly 500,000 jobs while indirectly generating $16.6 billion in wages and $5.5 billion in state tax revenue. California beaches contributed $73 billion to the national economy in 1995. This does not include income from residents who chose to live there year-round or property taxes. These are revenue streams that will shrink drastically if the beaches start losing quality.

The S.S. We Can Do it Safely. There is a myth, often repeated never supported, that we have learned to drill without harm to the environment. The claim was made that no oil spills or oil problems resulted from hurricanes Katrina and Rita. In fact, U.S. Minerals Management Service found that as a result of both hurricanes, 457 pipelines were damaged, 113 offshore platforms were destroyed and a total of 146 oil spills released nearly three-quarters of a million gallons into the Gulf and surrounding environment.

But the worst ship of all is the S.S. Let Someone Else Fight It. This ship carries the folks who realize this is a terrible idea, a bad gamble financially, ecologically and ethically, but are still too lazy to do anything about it. These may be the biggest fools of all, since they have the power to turn this ship around and help us set a course for more renewable energy, conservation and energy efficiency, which are the real answers to our energy needs.

We hope no one boards this ship and instead they come out to the public hearings and tell their government what a truly foolish idea it is to drill offshore.

Many thanks to Matt Walker of Surfing Magazine for the original concept, metaphors, and general brilliance of this piece. It was just too good to leave it on a blog that would most likely only be read by surfers. http://surf-first.blogspot.com/ With his permission, we wordsmithed it into Op-Ed form. Unfortunately, the newspaper didn’t accept the cool photo of Mr. T!