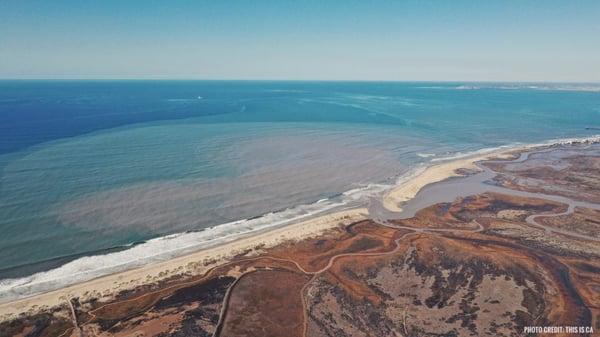 Surfrider Foundation is suing the U.S. International Boundary and Water Commission (“IBWC”) to address violations of the Clean Water Act affecting the waters of the U.S.-Mexico border region. This week marked a significant and positive development as Judge Jeffrey T. Miller denied [see attached] the IBWC’s motion to dismiss the lawsuit. This means the lawsuit will advance as Surfrider Foundation seeks to secure wastewater infrastructure upgrades for the Tijuana River Valley.

The lawsuit alleges that the IBWC has allowed unpermitted discharges into the waters of the U.S. through its Flood Control Conveyance in contravention of the Clean Water Act. The IBWC argued in its motion to dismiss (the lawsuit) that it could not be subject to such a lawsuit due to sovereign immunity, because enforcing compliance with the Clean Water Act would impair the federal government’s ability to fulfill its obligations under a 1944 Treaty with Mexico (to negotiate bilateral solutions to the international pollution problem).

Judge Miller did not make a decision on whether immunity applied. Rather, the court found that whether there was any affect or impairment of the 1944 Treaty with Mexico was a question of fact that could not be answered by the pleadings or evidence before the court at that (early) stage. The IBWC had failed to present sufficient evidence to make such a finding and consequently the IBWC’s motion to dismiss based on sovereign immunity grounds was denied.

Hours following the issuance of the court's decision, we were informed by the IBWC that a collector on the Mexican side had ruptured the previous night, resulting in between 6-7 million gallons of wastewater per day being diverted into the Tijuana River. This situation appears to be on-going and serves to stress the importance of the lawsuit and the remedies being sought.

Our thanks to pro bono counsel McDermott Will & Emery LLP, including attorney Margaret Warner, who presented Surfrider’s arguments opposing the motion to dismiss.