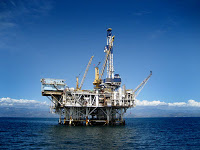 On March 29, three different bills were introduced in Congress by Rep. Doc Hastings (WA) that would expand offshore drilling in the United States. These include the Reversing President Obama's Offshore Moratorium Act which would overturn Obama's recent decision to protect the Atlantic and Pacific coasts, eastern Gulf of Mexico, and Alaska's Bristol Bay from drilling through 2017

If you haven't already, please participate in Surfrider's Action Alert in support of the No New Drilling Act and forward to others in your network. This is the easiest way to communicate to your federal representative that you oppose new drilling off our coasts.

There is also a public comment opportunity open through March 31 on the 2012-2017 OCS Oil & Gas Environmental Impact Statement (EIS) scoping process. Surfrider is submitting comments as an organization, but we encourage individuals to do so, as well. See suggested talking points below.

Suggested Talking Points:
1. We support the Obama Administration’s recent decision to defer new offshore drilling in the Atlantic, Pacific, near Florida’s Gulf Coast, and in Alaska’s Bristol Bay until at least 2017. It’s critical we protect areas that have not been exposed to the risky practice of drilling--not only for the sake of the environment, but also to protect our economy from potential spills.
2. The Oil Spill Commission and the Obama administration have worked to ensure the oil industry is safer and more environmentally sensitive. We greatly appreciate these efforts, and we want to stress that the safest drilling is no drilling. We should work to protect our coasts permanently by reducing our oil dependence while transitioning to sustainable forms of energy.
3. Please consider not approving new leases in the Gulf of Mexico and the Arctic until after Congress adopts the recommendations of the Oil Spill Commission (see above for important points).
4. For future oil exploration, please consider the harmful environmental impacts of seismic surveying; and equally consider alternatives to seismic testing that will exist in the near future