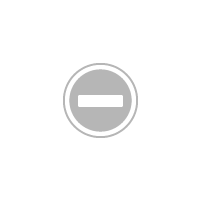 San Diego, we need to make something clear about our position on desalination.

And we will fight it whenever those alternatives are not on the table.

All of these options we suggest are alternatives to desalination which are much more sustainable, and provide just as many jobs to implement them.  And guess what, they don't completely destroy the surrounding ecosystem like the project planned for Carlsbad.

And, if you are a big military base considering desalination, because you need to water lawns, maybe you should consider an Ocean Friendly Garden first.  Studies show, that 50% of water can be saved by eliminating lawns.  So we ask you Camp Pendleton, what steps are you taking to save water?  Have you asked everyone on base to conserve yet?  What exactly are you doing to preserve this precious resource?

A press release below announces our next lawsuit.

San Clemente, CA (April 23, 2010) – Surfrider Foundation filed a lawsuit yesterday against the San Diego Regional Water Quality Control Board challenging a permit allowing Poseidon Resources to withdraw 300 million gallons of seawater per day for the proposed Carlsbad ocean desalination plant. The complaint alleges that the proposed desalination facility must strictly comply with the California Water Code to minimize the intake and mortality of marine life.

As proposed, the desalination facility would kill countless marine organisms, with an illegal plan to replace these fish and other marine life through a restoration project somewhere else.

“When the law says you must ‘minimize the intake and mortality’ of marine life, that doesn’t mean you can kill millions of marine organisms and then try to replace them somehow,” said Joe Geever, Surfrider Foundation’s California Policy Coordinator.  “The Regional Water Quality Control Board misinterpreted the law, and it’s unfortunate the project has progressed this far without a final decision on the type of intake and facility design that meets California’s law to protect our precious marine environment.”

Surfrider Foundation and San Diego Coastkeeper, as well as several State Attorney Generals and other environmental organizations, have been working with federal and state agencies for years to minimize marine life from the cooling water intake systems of coastal powerplants – like the one used at the Encina Power Station in Carlsbad. Numerous agencies, including the California Energy Commission, State Lands Commission, Ocean Protection Council and State Water Resources Control Board have found that the marine life mortality from these facilities creates a significant impact on healthy fish populations and marine ecological systems.

“Open ocean intake is 1940s technology that is being phased out around the nation because new cooling technology is more effective and avoids killing marine life,” said Geever.

California’s State Water Resources Control Board is currently finalizing a statewide policy on cooling intakes. The State Board has also promised to develop a policy on ocean desalination intakes, but that will come too late for this proposal.

In the meantime, the Encina Power Station will voluntarily demolish three of their five generators and replace them with high-efficiency units that do not require cooling water from the ocean. The remaining two units are projected to run on a limited basis and be demolished in the near future.

“It would be disappointing to see the powerplant do the right thing and make a major investment to abandon their open ocean intake, only to have Poseidon utilize the same system—killing more fish than the powerplant just saved,” said San Diego Coastkeeper Legal Director Gabriel Solmer. ”Coastkeeper supports Surfrider’s lawsuit to protect our marine life from Poseidon while we work together to pursue additional projects to help the region define a dependable water supply portfolio.”

The lawsuit could have importance beyond the Poseidon desalination facility planned for Carlsbad. There are approximately 20 desalination facilities proposed for California. Some are designed with sub-seafloor intakes that eliminate the marine life mortality, including one in Sand City that was permitted quickly and without much public opposition. Others, however, plan a similar use of abandoned powerplant intake structures and will have to amend their plans if the lawsuit is successful.

“It’s time to enforce the law to protect our ocean resources, not only for the environment but so that other ocean desalination project proponents know what the rules are,” says Geever. “Killing fish by the millions is not necessary or legal in the design of any ocean desalination facility.”

Founded in 1995, San Diego Coastkeeper protects the region’s bays, beaches, watersheds and ocean for the people and wildlife that depend on them. We balance community outreach, education, and advocacy to promote stewardship of clean water and a healthy coastal ecosystem.