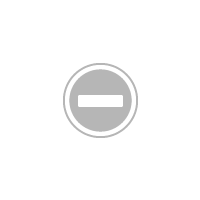 The Intersection Between Water Rates and Water Supply.

A lot of people complain about their water bills being too high.  The Wall Street Journal has a great article on how subsidizing the cost of our water actually hurts us.  Low costs lead to over-use, and wasteful practices.  And less water revenues for municipalities means less infrastructure investments, which means more sewage spills, and more environmental degradation. Know Your h2o!  The full article appears below.

Pricing water is politically sensitive. But realizing the true value of mankind's most precious resource might be the best way of ensuring the world doesn't run dry.

As the World Economic Forum was drawing to a close on Saturday, local police used a water cannon against around 100 anti-capitalism protesters who had gathered at the Swiss ski resort of Davos. It was no doubt effective as a means of crowd control but it could hardly be described as "on message."

The incident came just days after a panel, including United Nations Secretary-General Ban Ki-moon, told delegates that the issue of water scarcity now poses one of the greatest threats to health, safety, economic growth, human rights and national security.

Water scarcity is the result of various factors: Population growth, increased levels of consumption and climate change all play a part. But, according to Piet Klop, senior fellow at the World Resources Institute, a Washington D.C., think tank, there is another problem that is often overlooked: Water is just way too cheap.

He says: "The price of water is a very contentious issue. But the lack of a fair value for this precious commodity is the chief problem in tackling water scarcity." Mr. Klop argues that in most of the world, the price of water is a far cry from what its scarcity value suggests it should be. Implicit and explicit government subsidies mean that the price of water often doesn't even cover the cost of treating it and pumping it to people's houses. This encourages wastefulness and means there is not enough revenue to invest in water infrastructure, Mr. Klop says.

There is plenty of water in the world, but 97.5% of it is salt water. We depend on the remaining 2.5%—much of which is locked away beyond practical use in the polar caps and glaciers—for a vast array of purposes: From drinking, washing and growing food to managing waste, cooling power stations and as a raw material for industrial processes.

Greg Koch, director of global water stewardship at Coca-Cola, says: "There is a lot of water in the world and it is a fixed amount that is infinitely renewable. The issues surrounding its scarcity are temporal: Where is it now, how can I get it, how clean is it? Using water is, in and of itself, not a bad thing. But using it inefficiently can be."

Demand for water is growing. Goldman Sachs estimates that global water consumption is doubling every 20 years. In November, the Water Resources Group, which comprises the World Bank and companies such as SABMiller and Coca-Cola, claimed one-third of the world's population could have access to only half the water they need by 2030.

Dr. Mark Giordano, director of water and society research at the International Water Management Institute based in Colombo, Sri Lanka, believes the "green revolution," developments in agriculture that led to huge increases in crop yields making food more plentiful in many parts of the developing world, has increased the strain on water supplies. It is becoming a difficult trade-off for governments to manage. Agriculture accounts for around 70% of global water usage.

Dr. Giordano says: "It is a very touchy issue. The truth is that it is politically almost impossible to price water for agricultural use in many parts of the world." However, he argues that it is important to try and think creatively to get as close to a free-market pricing mechanism as possible.

The state of Gujarat in northwest India, for example, used to charge farmers only a small flat rate for water. It also charged a flat rate for electricity to pump that water out of the ground. Low costs led to overuse of both. Suggestions that farmers install meters on their wells and pay for the power they used were greeted with howls of protest.

Tushaar Shah, who works with Dr. Giordano at the International Water Management Institute, came up with an alternative solution. He suggested the Gujarati government rewire the countryside, separating power lines for farmers' wells from lines supplying nonfarm users and ration power for agricultural use. The farmers are happy with the new arrangement because they have access to more reliable power. And by rationing the electricity the state has effectively rationed the ground-water supplies, which means farmers use what they do pump far more efficiently.

"It seems to be working," says Dr. Giordano. "Lots of other Indian states are looking at it. You are never going to get fully transparent pricing of water for agricultural use. It is hard politically and expensive to monitor. But you can come up with systems that approach a market solution."

Mr. Koch says good governance is crucial to solving the problem of water scarcity. The issue needs to be tackled in the round and depoliticized with innovative revenue generation. South Africa has introduced a policy that entitles households to 6,000 liters of free water a month. Beyond this amount, they must pay a fee.

Yet in developed nations like the U.K., which—inexplicably to much of its population—is often subjected to hosepipe bans, prices are actually going down. Last July, U.K. water regulator Ofwat demanded a 4% cut in average household water bills over the next five years.

Jacob Tompkins, managing director of Waterwise, a U.K.-based non-governmental organization, says: "Politicians, commentators and independent reports to government are now calling for the true value of water to be reflected in the regulatory system. [We] would like to see a new regulatory settlement with the value of water at its core."

— Mr. Wright is executive editor of Journal Reports in Europe. He can be reached at ben.wright@wsj.com.