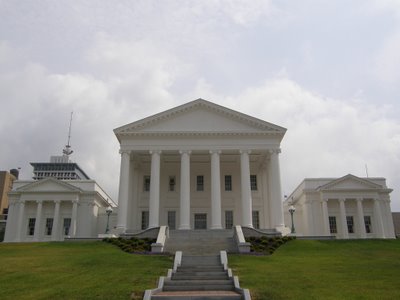 3 Candidates seeking the Democratic nomination for governor in Virginia met for a final debate before the June 9 primary. Two opposed one in favor.

Candidates were asked whether they think oil drilling should be allowed off the coast of Virginia, now that federal law will allow it starting in 2011.

Deeds: "Energy independence is a matter of national and economic security. I don't believe any means towards achieving independence should be taken off the table until the science takes it off the table, and that includes offshore drilling. ... If we can see royalties and protect the environment, protect fisheries, naval operations and tourism, then we ought to drill for gas."

McAuliffe: "I've been consistent from the start of this campaign. There was bipartisan legislation passed, signed by Governor Kaine, supported by Governor Kaine, that said no oil drilling and limited exploration of natural gas. I said this from the beginning. This was a bill that Brian supported. It wasn't even a close vote. I support the legislation passed in a bipartisan way and supported by the governor."