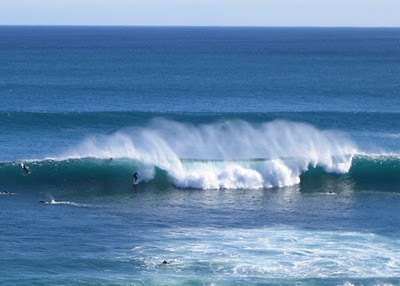 We received news today that the Australian government has approved a series of offshore drilling leases just off the coast from the famed surf break Margaret River.

Renown for it's massive A-frame peaks and its formidable local inhabitants (the toothy kind!), Margaret River has been mecca for surfers for over 40 years. The break hosts several contests annually, including the Drug-Aware Pro.

According to ABC News, the Australian Government agreed to release up 31 exploration areas this year. The news that Margaret River had been selected was particularly disappointing, as the area was previously up for consideration as a marine sanctuary.

Surfrider Foundation Australia and other local activist groups have rallied in opposition of the decision.

“This...has woken up the Southwest community,” said Drew McKenzie from Surfrider Foundation Australia’s Margaret River Chapter. “We realize that we can no longer take a healthy ocean for granted. It is clear we need marine sanctuaries to protect our marine environment and clean beach and surf lifestyle.”

The Chapter recently organized rallies in opposition to the proposed drilling. 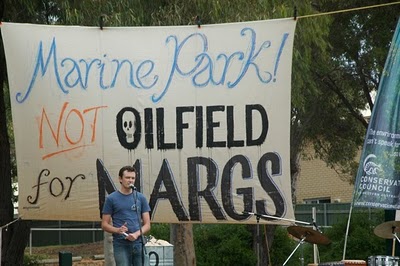 "A lot of people are going to be quite distressed that this lease is sitting off the coast of Margaret River with the potential for an oil industry to start there any time," says Conservation Council's Tim Nicol. "The big risk comes from the big spills like we've seen recently in Louisiana and Montara."

For more information on Surfrider's efforts to stop new offshore drilling in Australia, go to www.surfrider.org.au.