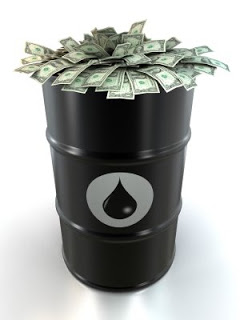 You Can Believe Big Oil, Right?

Today's headlines included two gems.
First we had Big Oil to Congress: Expand offshore drilling
Wow, what a shocker. Big oil is in favor of drilling off your beach. When Jeffrey Short of Oceana stated "The potentially irreversible effects of oil pollution on marine ecosystems and their dependent economies do not justify the potential short-term economic gains that might accrue from offshore oil and gas development," the industry responded by saying that "improved drilling technology allows oil companies to search for supplies in an environmentally friendly way." I guess that improved technology must have happened real recently, like since the 9-million gallon oil spill off Australia that finally was capped a couple of weeks ago.
Then there was Oil-paid study says Arctic spills easier to clean
The oil companies (BP, Shell, Chevron, Conoco Phillips, Statoil Hydro of Norway, Eni of Italy and Total of France) paid for a study that concluded that (surprise), even though oil spills are really, really unlikely, if they do happen in icy areas "ice can act as a natural blockade, giving responders more time for cleanup." The article then notes that "The findings conflict with conventional wisdom. Environmentalists cite botched spill cleanup experiments that occurred a decade ago in the Beaufort Sea. At the time, the state of Alaska determined that Prudhoe Bay oil field operator BP could not adequately clean spills in slushy water."
But, not to worry America, Big Oil has your best interests at heart.