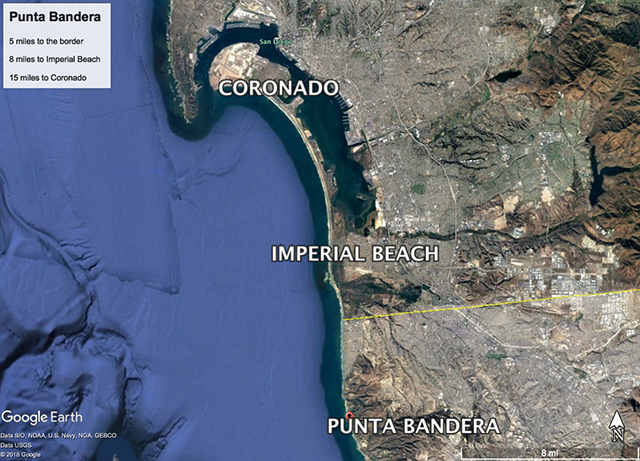 Video by: This is CA

Our team at Surfrider Foundation San Diego has seen the horrific sights and smelled the sickening odors on the northern side of the U.S./Mexico border, but we recently had the opportunity to view first-hand a couple of areas where the toxic water crisis originates on the southern side of the border.

Paloma Aguirre, Coastal and Marine Director of WILDCOAST, took us on a journey to the Punta Bandera outflow, which comes from the sewage treatment plant that processes nearly 40 percent of Tijuana’s sewage. Since 2015, the plant has failed to comply with Mexico’s coastal emissions standards, as we witnessed with the brown water and nauseating stench coming from the outflow.

On average, over 20 million gallons of wastewater (treated and untreated) spews from the plant and into the Pacific Ocean each day. 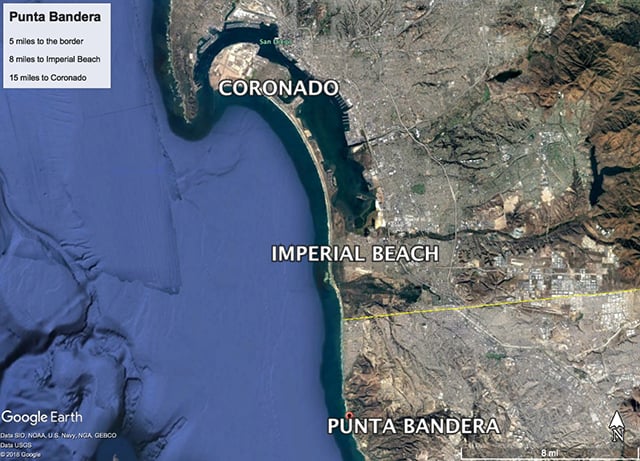 Punta Bandera sits only 5 miles south of the border, 8 miles from Imperial Beach, and 15 miles from Coronado. 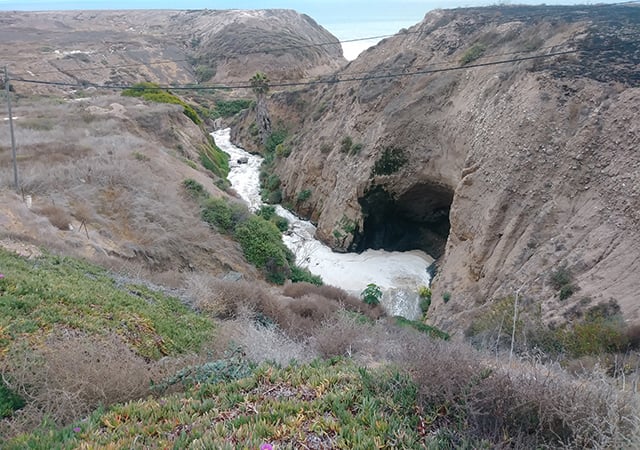 Partially treated wastewater/sewage gushes out like a waterfall and flows into a cave with extreme force. The smell is horrendous. 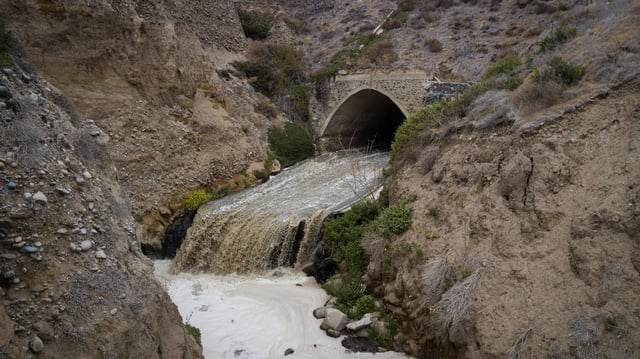 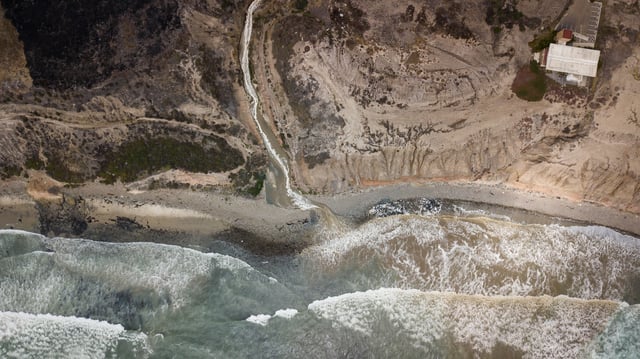 Outflow and aerial photos of Punta Bandera. Photos by: This is CA 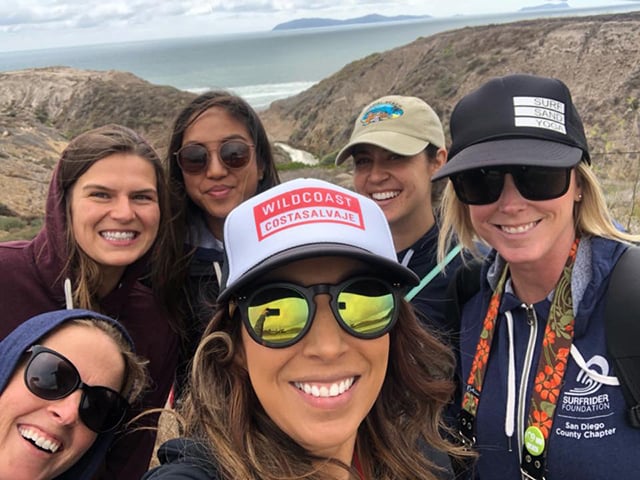 Next, we toured the Los Laureles Canyon area. More than 65,000 people live in this region. It often gets washed out with trash, sediment, sewage and whatever else falls into the path of the rivers that surge through the canyon during rain events.  All of this eventually ends up in Goat Canyon on the American side (Border Patrol protected area) and then flushes out to the Pacific Ocean. 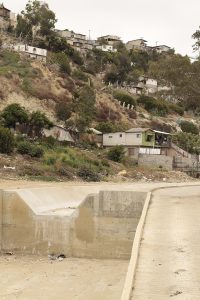 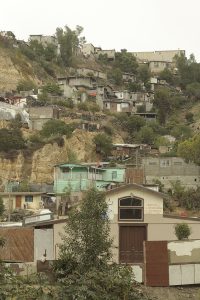 Los Laureles Canyon is lined with small dwellings like the ones pictured above.  Many sit directly above the concrete channel that fills with wastewater/sewage. 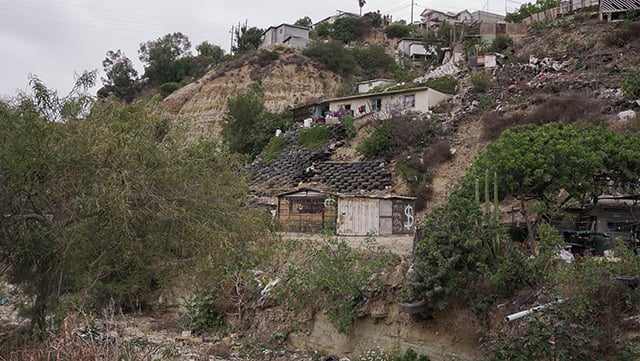 Old tires are used as retaining walls to hold structures in place on the steep hills.  You can also see one of the many wastewater/sewage pipes (bottom right) that is not connected to a sewage system and freely drains into the canyon. Photo by: This is CA

Trash and animal feces line the streets and concrete channel, which will inevitably be swept through the village and downstream once the rain begins.  Children play in this. Animals pick through the debris for their meals. Tragically, this is a man-made disaster that needs to be resolved.

Pigs near a local slaughter house rummage through trash to find food. Photo by: This is CA 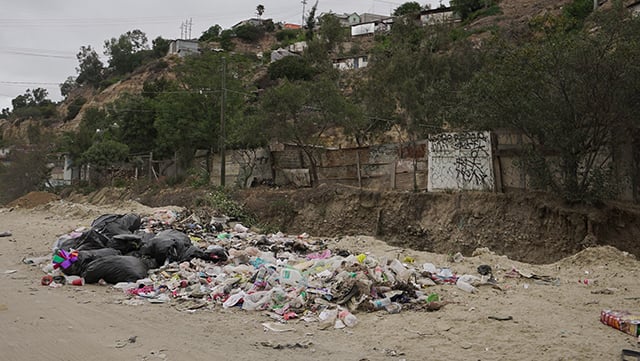 Trash sits on the side of the road for garbage pickup.  Often the rains/winds sweep it away before that happens. Photo by: This is CA 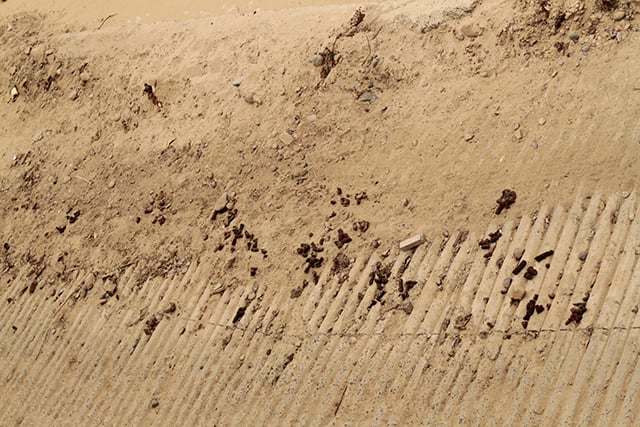 Animal feces line the ramp of the concrete wastewater channel.

Surfrider Foundation San Diego is committed to standing up for clean water on both sides of the border. We will continue to work with both American and Mexican NGO’s, government officials, and citizens to put an end to this toxic border water crisis.  Already this year, we have taken huge steps in addressing the issue:

Do you want to be a part of the solution?  Send us an email to learn more about our volunteer opportunities and/or support our Clean Border Water Now! campaign TODAY!