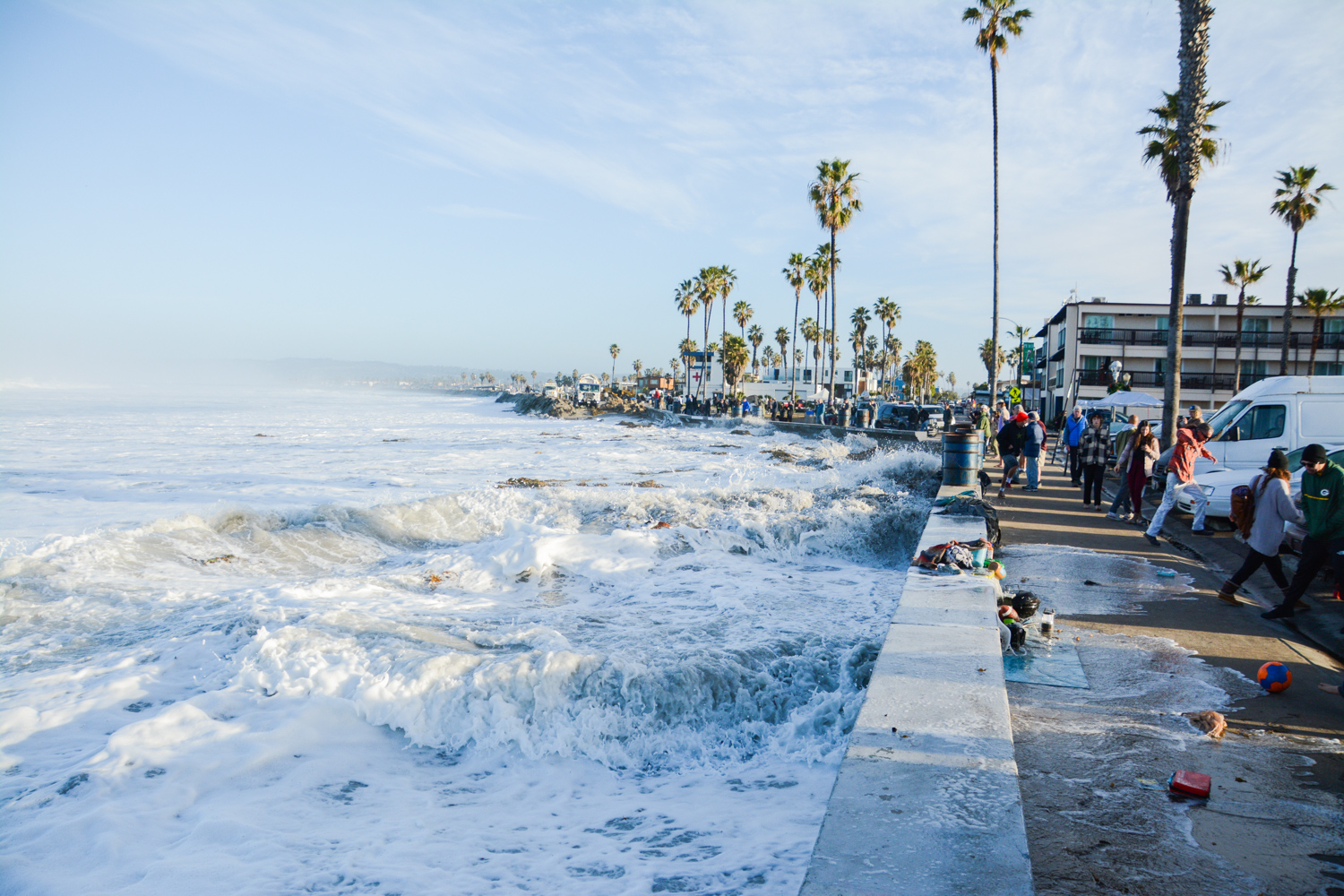 Big Friday, a Preview of What's to Come

The largest swell in over a decade rocked the San Diego County coastline last Friday. While expert surfers caught some of the biggest waves in recent history, the waves drowned beaches, eroded sand, breached seawalls, and flooded low-lying parking lots and streets from Imperial Beach all the way north through Oceanside. Damage from flooding was mostly minor, but a full account has yet to be compiled. However, much of the coverage so far contains a climate change-sized blind spot; namely, that storms of this magnitude are likely to occur more often in the future.

A foot of sea level rise (SLR) is projected for the U.S. coastline by 2050, the higher water levels and more frequent storm surges will cause flooding to occur more than 10x as often as it does today, another 2 feet of SLR is likely by 2100 which will further inundate our coasts, and the amount of SLR could be significantly worse by end of century if we fail to curb emissions. 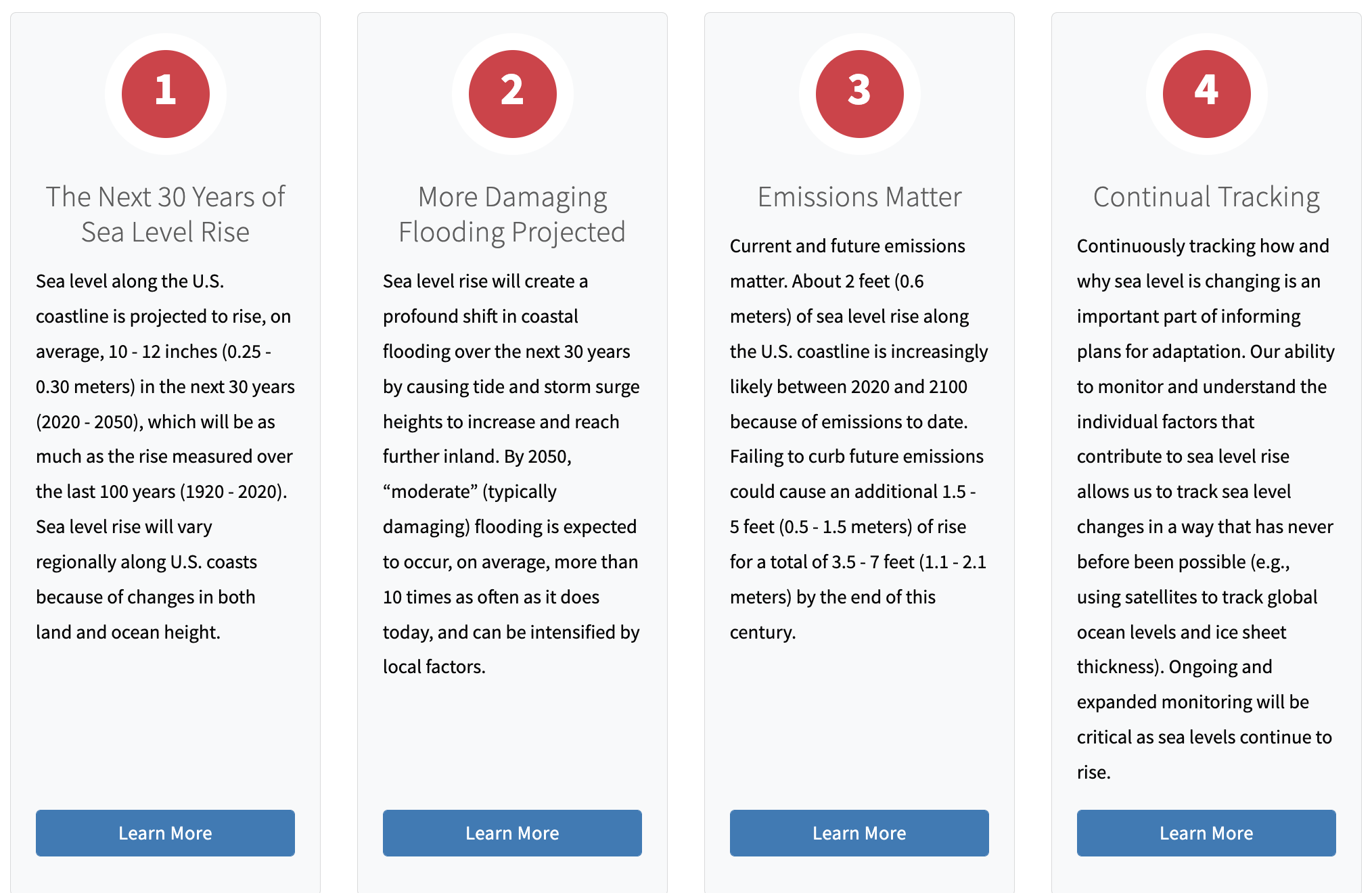 With these near-term future projections in mind, the NOAA report puts to rest the temptation to call Friday's storm an isolated event. Most of Friday's flooding occurred during the morning high tide when the water level was at its highest (6 feet high tide). This is not surprising; a large swell on top of a very high tide is the typical recipe for flooding and beach loss along the coast. With a foot of SLR, a 6 foot high tide will look like a 7 foot king tide. Add another foot on top of that, and normal high tides with regular swell may look a lot like what we experienced last Friday.

Even though SLR is accelerating at an exponential rate, it's still a slow-moving threat that can be difficult for the public to visualize... and easy for decision makers to ignore. State agencies and many coastal cities certainly take the threat seriously, and there are already some inspiring local projects that aim to preserve our beaches while protecting critical coastal infrastructure. A partial list of projects worth mentioning:

There are also numerous beach sand fill projects in various stages of planning, including a 50 year project that will soon be underway in Encinitas and Solana Beach, feasibility studies for SANDAG's third regional beach sand replenishment project, and the City of Oceanside's not-yet-approved beach sand retention and replenishment project. Surfrider takes a nuanced stance on beach fill projects. It’s preferable to hard coastal armoring, which destroys beaches. However, sand replenishment yields short-term benefits at best, is very expensive, and can result in many unintended consequences (including the potential to ruin surf breaks). In the end, no amount of sand dumping will save our beaches and infrastructure from several feet of SLR. 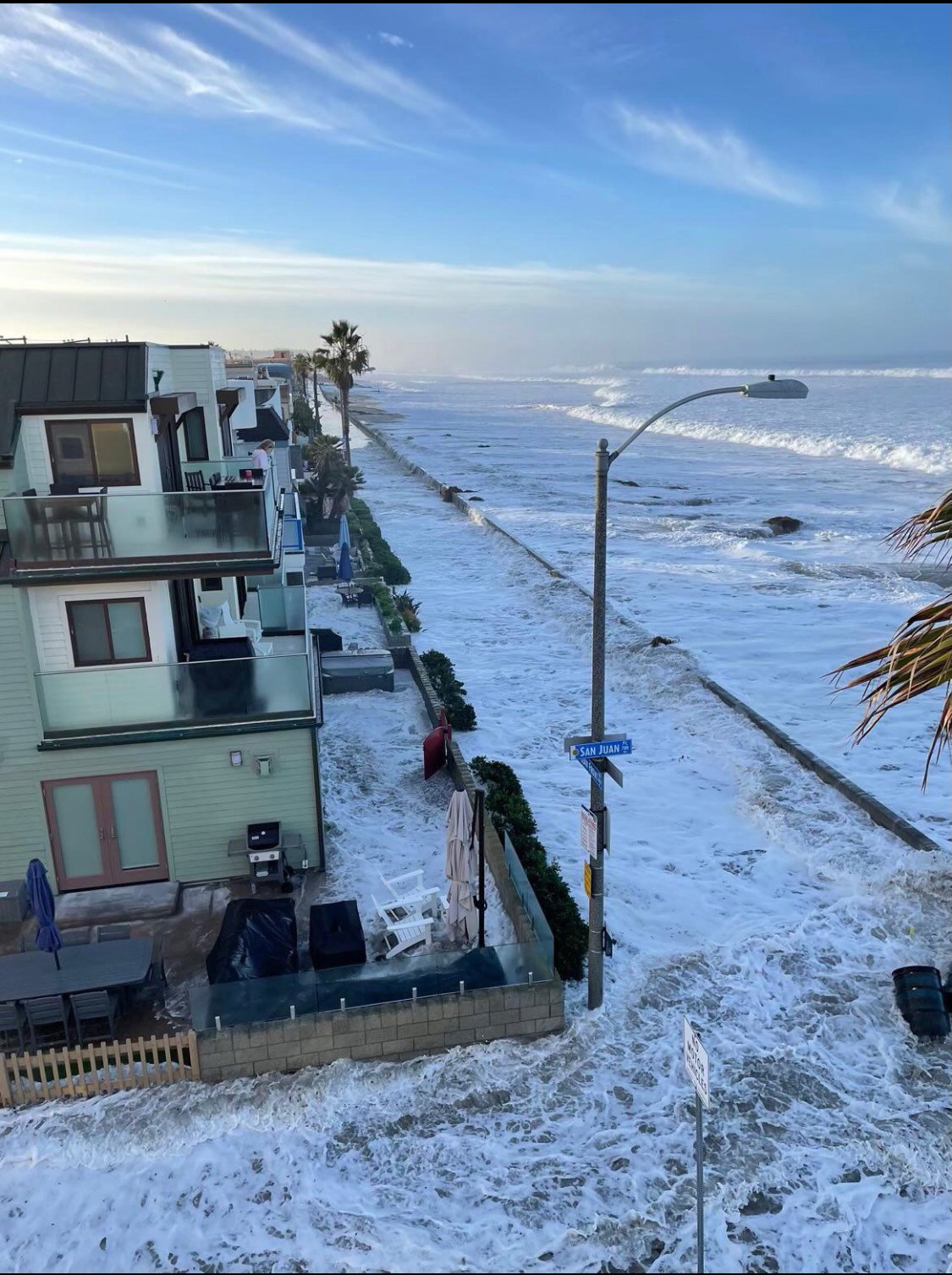 Originally shared on Reddit, this image of an unrecognizable Mission Beach boardwalk is making rounds on social media

The role of the public and how you can get involved

While some of the projects listed above offer hope for the future of our beaches, we need to emphasize the urgent need to save San Diego County's number one attraction for both residents and visitors alike: our coastline. However, the high costs - not to mention controversies - associated with moving infrastructure out of harm's way is a major impediment. Additionally, our political systems - governed by 2, 4, and 6 year election terms - typically don't reward elected officials who attempt to enact long-term planning, especially when much of the work involves major projects that inconvenience the current electorate. Kicking the can down the road is not only easier, but often rewarded. Regardless, there is no silver bullet for effective SLR planning.

With these facts in mind, our local chapter puts great emphasis on educating the public about the threats that SLR poses to our beaches. Ultimately, an engaged public is the best vehicle to pressure our leaders to proactively plan for rising seas. Our volunteer-led Beach Preservation committee keeps tabs on local coastal development and decision making to ensure our beaches have a voice at the table, which is often dominated by private property interests. Our Climate Change committee focuses on decarbonization policy upstream, and aims to act as our chapter’s liaison in many climate action coalitions countywide. Both committees meet publicly every month and encourage new volunteers - check out our Events page if you'd like to drop in.

Our hope is that last Friday’s storm surge adds urgency to every local effort to save our beaches, build climate resilience, and dramatically decrease carbon emissions in our region. We owe it to our children to make hard decisions today that will save as many beaches as we can, for as long as we can, so that they can enjoy the same coastal resources we enjoy today.